Monica Kelkar has completed her Bachelor of Dental Surgery (BDS) from Maulana Azad Medical College , New Delhi in the year 1998.She has done certificate course in hospital waste management(CHCWM) from Indra Gandhi National Open University (IGNOU), New Delhi. She is working as Medical officer in Maulana Azad Institute of Dental Sciences(MAIDS) , New Delhi for the past 18 years. She has presented several papers and posters in reputed journals. Also conducted programs in Biomedical waste management And Infection control under the aegis of Delhi Dental Council. Also serving as Assistant Biomedical Waste Management officer in the Dental Institute.

Mercury exists in various forms, and people are exposed to each in different ways. Mercury is used in thermometers, barometers, manometers, sphygmomanometers, other devices. Mercury is an ingredient in dental amalgams .Some medicines use small amounts of these compounds as preservatives e.g. thimerosal.Mercury poisoning can result from exposure to water-soluble forms of mercury (such as mercuric chloride or methylmercury present in fishes), by inhalation of mercury vapour, or by ingesting any form of mercury. The most toxic forms of mercury are its organic compounds, such as dimethylmercury and methylmercury. Other exposures may result from using or breaking products containing mercury. Mercury can cause both chronic and acute poisoning. A severe form of mercury poisoning first presented in Japan as Minamata disease. Dental amalgam is a direct filling material used in restoring teeth. It is made up of approximately 40-50% mercury. Metallic mercury when used as dental filling, mainly causes health effects when inhaled as a vapour where it can be absorbed through the lungs. Symptoms of prolonged and/or acute exposures include: tremors, emotional changes, insomnia, neuromuscular changes, and disturbances in sensations. In Conclusion, Mercury and most of its compounds are extremely toxic and must be handled with care.

Meera Choudhary has completed her Bachelor of Dental Science degree from Patna University. She has also pursued a course in Health Care and Waste Management from IGNOU University in India. She has been looking after Bio-Medical Waste Management as a Medical Officer In-charge in Maulana Azad Institute of Dental Sciences in India since 20 years. She has attended various conferences and presented papers related to Bio-medical waste management.\r\n\r\n

Amalgam which contains mercury as one of the component is being used in dentistry as a restorative material for the last 150 years. Recently the concern has been raised in view of mercury toxicity. Mercury is found in the earth\'s crust and is ubiquitous in the environment, so even without amalgam restorations everyone is exposed to small amount of mercury in blood and urine. Mercury is known to cause psychological, neurological and immunological health problems. Dental amalgam restorations may raise these levels slightly. The main exposure to mercury from dental amalgam occurs during placement or removal of restoration in the tooth. Though in current era amalgam has been replaced by other safer restorative material but still so many dentists readily use this hazardous material with the assurances that it\'s perfectly safe and harmless. This poster will highlight the effects of mercury on environment and health and safe handling of mercury to reduce its toxicity. Also the other alternative materials which can be used in its place. 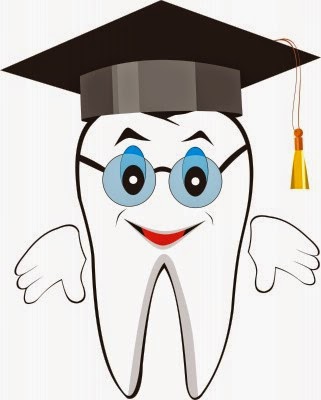 Title: Case Report of Dental Management for a child with Mondini Syndrome

Al Matrafi Badria has completed her BDS in 1991 in King Saud University in Riyadh KSA and AGD certificate in 2000 from university of south california USA. She is a consultant restorative in dentistry in Prince Sultan Military Medical City in Riyadh. She is a director of officer dental clinic and have a years of teaching and clinical supervision experience. She is a member of infection control team

Mondini syndrome is a rare congenital sensorineural deafness . malformation of cochlea in inner ear unilateral or bilateral .may cause hear loss , recurrent meningitis and otorrhea. Mondini syndrome can be isolated or combined with other ear malformation or other syndrome .The condition occurs at seventh week of embryonic development. rnrnThis case report 5 years old female child patient came to the dental clinic complaining from pain in lower right second molar. First case in officer clinic diagnosed with profound hearing loss bilateral with sever mondini deformity in the inner ear. Patient not responding to any sounds. There is no history of any other congenital problems . There is positive history of consanguinity and there is no family history of congenital hearing loss. No history of trauma or meningitis, no significant perinatal history. The patient looks well, no dysmorphic features, normal external auditory canal and bilateral dull tympanic membrane. Examination was otherwise normal. CT revealed deformity in cochlea. Otoacoustic emissions and ABR was consist with the diagnosis of severe to profound sensorineural hearing loss . Failed trial of cochlear implant, period of hearing aid trial failed to show any response status post brainstem implant done in germany. rnrnCommunication with hearing impaired patient has some difficulties and needs a good level of skills and awareness. In this case, it was the father helped with sign language and communicating with the child patient easier. Dentists should learn simple techniques for dealing with such impairment like removing mask to allow for lip reading, writing or drawing what they want to say or using sign language.rn Al Matrafi Badria has completed her BDS in 1991 in King Saud University in Riyadh KSA and AGD certificate in 2000 from university of south california USA. She is a consultant restorative in dentistry in Prince Sultan Military Medical City in Riyadh. She is a director of officer dental clinic and have a years of teaching and clinical supervision experience. She is a member of infection control team.

Metronidazole is nitroimidazole antibiotic medication which has a specific activity against anaerobic bacteria and protozoa.rnIn cardiology, the QT interval represents electrical depolarization and repolarization of the ventricles. A lengthened QT interval is a marker for the potential of ventricular tachyarrhythmia.rnRare cases have been reported with QT prolongation in which metronidazole antibiotic had been used. The arrythmogenic properties of metronidazole is not yet clear. rnThis case reports a 10-year-old male child of 30 kg body weight with no history of any chronic illness or drug allergy came to the dental clinic with facial swelling, which was diagnosed as dental abscess. He was given oral metronidazole (500 mg 3 times/day for 5 days).rnOn the third day, he presented to the emergency department with palpitation, vomiting and then he collapsed. Cardiac Pulmonary Recitation (CPR) done and Electrocardiogram (ECG) showed prolonged QT corrected interval (QTc 480 ms). rnLaboratory test including serum potassium, magnesium and liver functional tests were within normal. Metronidazole was immediately stopped and subsequently the ECG retained to normal.rnIn Conclusion, Metronidazole can potentiat QT prolongation. Further investigation should be carried out to assess its potential effect on QT interval and subsequent lethal arrhythmias. rnThe maximum pediatric dose should be reviewed. rn